You are here: STAMP > Ian Smith 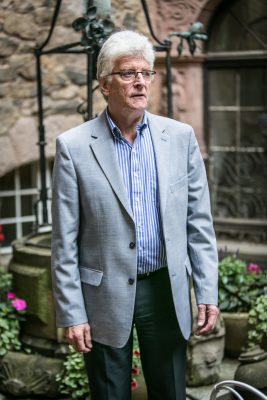 is currently President of the EMC and chair of their board. He started his career as a professional musician (horn) working with the Royal Scottish National Orchestra and London Symphony Orchestra. He was the founder/director of Scottish Brass and served on the board of governors for the Royal Scottish Conservatoire and of the Musicians’ Benevolent Fund. After 25 years of performing he became the Scotland and Ireland director of the Musicians’ Union continuing working with music and musicians founding a specialist department for Folk and Acoustic music. He moved to the Scottish Arts Council, Scotland’s governing body for the arts as Head of Music in 2005 then to Creative Scotland until my retirement in July 2016. He founded the Youth Music Initiative, which has now provided more than £130M in additional funding for Instrumental and Singing Tuition throughout Scotland. He was elected to chair the EMC Board in 2015 and in 2016 was elected to the board of the International Society for the Performing Arts/ISPA in New York where He is now their Treasurer and a member of the ISPA Executive.